Signed by Gianluca Biscalchin and Andrea Gori this is the first NFT in history linked to a typical Italian dish as well as the first revolutionary “travel sticker” of the WEB3.0 era. 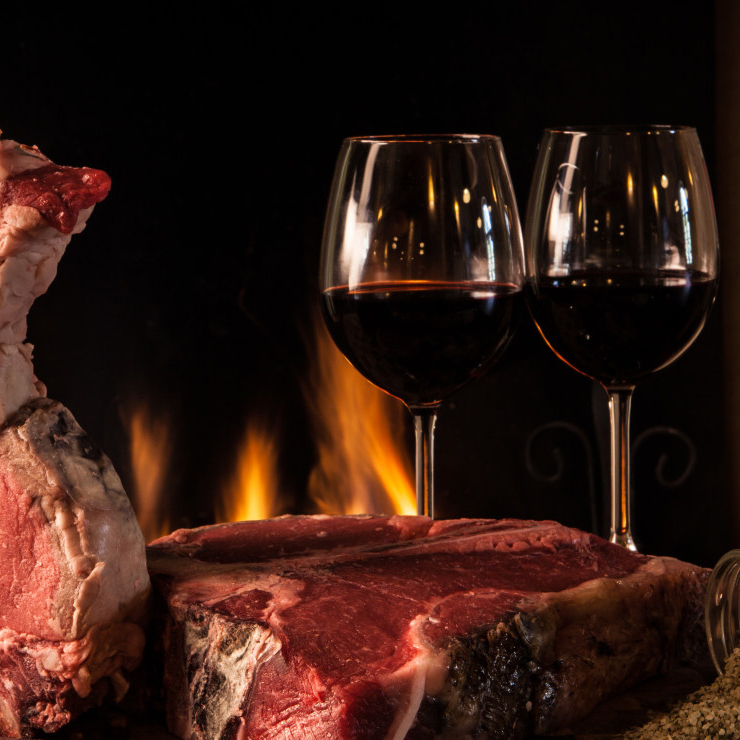 “FiorentinaSteak & TuscanWine22” is the first NFT (non-fungible token) in history linked to a typical Italian dish. It is a treat for gourmets, wine lovers and collectors from all over the world but it is also an exceptional bookmark for the most sophisticated visitors who go to Florence from all over the world. This NFTs is the first of many that will change the world of tourism: they are POA (Proof of Attendance), digital mementos, of the WEB3.0 era. They will become popular as the stickers that tourists once put on their suitcases, to prove that they were in a place, but also as a testimony of unforgettable experiences.

Gianluca Biscalchin, the artist who creates microcosms of cities, ingredients, wines and cooks, signs the NFT’s digital artwork while the wine writer Andrea Gori, former co-founder of Intravino, enriches it with his valuable writing.

The NFT contains a series of utilities, the most important of which is a “key” to redeem a unique food and wine “experience”, for two people, of the authentic Fiorentina steak in renowned restaurants in Florence: Cammillo, Cibrèo, Trattoria da Burde , L’Ora d’Aria , Regina Bistecca and Tullio in Montebeni.

The experience, however, also includes other utilities / benefits such as a free copy of “La Fiorentina. Hosts, butchers and wines of the real steak” by Aldo Fiordelli, Italian and English edition  a free guided visit with a tasting of wines and cheeses at Villa Calcinaia winery, and an annual subscription to The Florentine, The English news magazine, “a bridge for Florence lovers wherever they are in the world”, whish is an official partner of the NFT.

Find here how to redeem your utilities 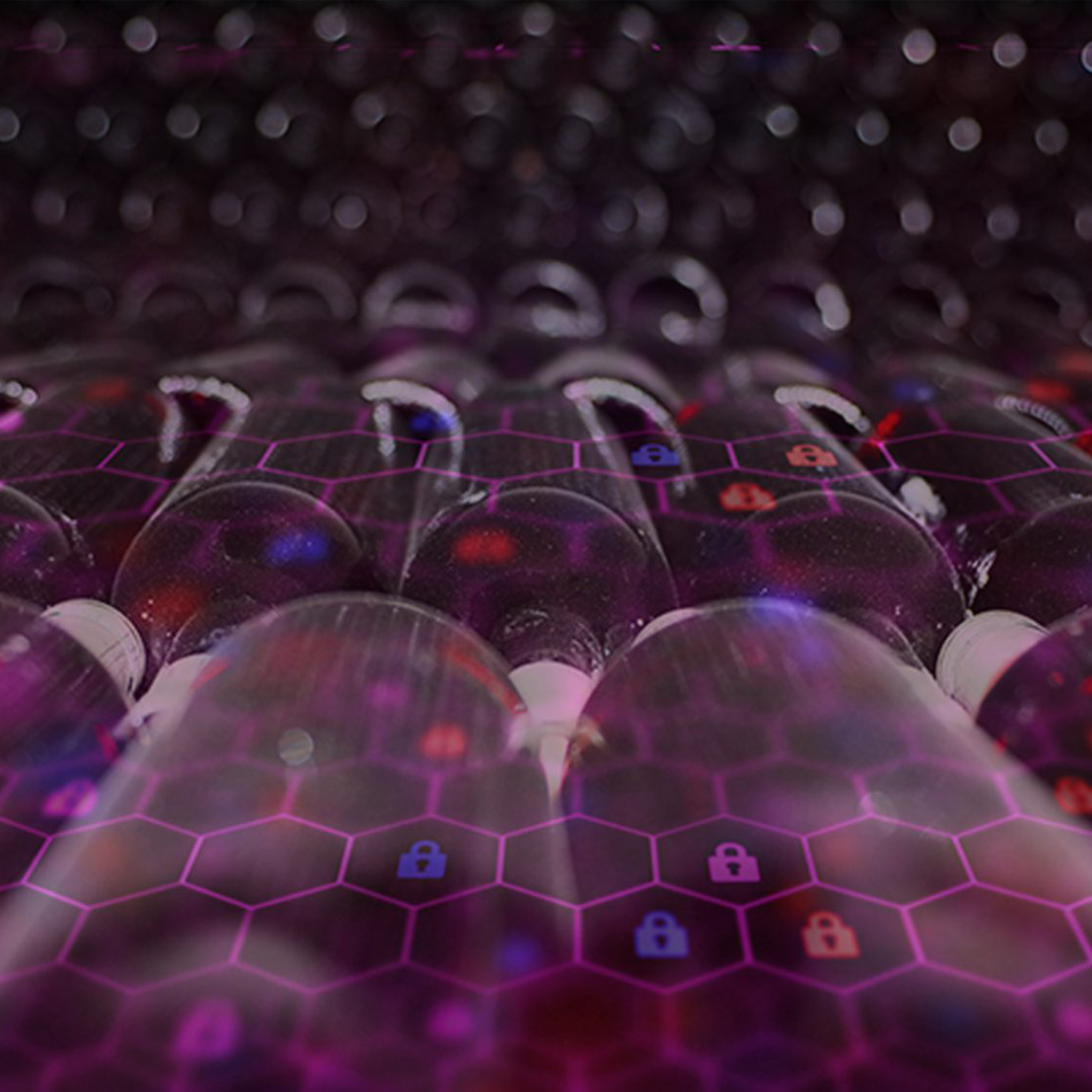 The main aim of “FiorentinaSteak & TuscanWine22” is to gather the best of real experiences related to the Fiorentina steak with a superb creative collectible and some other uniquer related utilities (all included in the price that you pay for  the NFT). By purchasing this NFT you are entitled to receive:

The Experience can be redeemed no later than 10 June 2023, by booking at least three days in advance directly at the restaurant, subject to its availability, and is transferable to third parties.

YOU CAN CHECK HERE ALL THE DETAILS FOR THE REDEMPTION THE ARTWORK OF GIANLUCA BISCALCHIN

Renowned artist Gianluca Biscalchin Illustrator has created the digital artwork for “FiorentinaSteak & TuscanWine22” . He is known fpr his unmistakable style that joyfully blends irony and culture, wich he has included in this NFT artworks.

Gialunca Biscalchin is a professional journalist and artist, with a focus on gastronomy, wine, travel, books and anything that tickles his imagination. He operates between the two realms of written word and drawing to tell stories of this world, with a taste for life and beauty. In his illustrations, he put his signature on the peculiar microcosms of cities, countries, ingredients, and chefs he creates. In his career Gianluca has worked for publishing houses, food & beverage companies and cultural institutions, among which the Touring Club Italiano, Repubblica and Condé Nast. As an author he has published Prèt-à-gourmet (Mondadori), a witty guide to fine dining, and Regioni d’Italia (EelectaKids), an illustrated journey through the marvels of Italy. 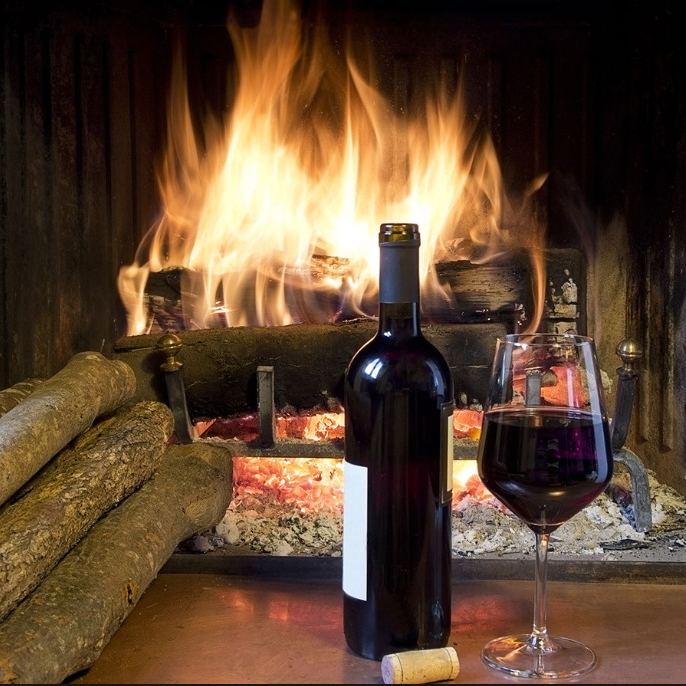 The Fiorentina steak has its roots in the night of the stars of San Lorenzo. On that evening, August 10, the Florentines gathered around the basilica dear to the Medici family (all the members of the family are buried in its chapels) and lit bonfires to remember the saint martyred on the grill. Once the flames went down, the beautiful embers that remained were used to cook meat kindly offered by the powerful family to the people who could not afford meat often. As for the name, it is an Italianization of beef-steak, the name with which the English in Florence described it when it was served to them.

Today the steak, codified and universal heritage by now, is defined as a cut of Tuscan adult bovine 3-4 fingers high in the loin and cooked rare on the grill. Generally, it is defined “Fiorentina” with the presence of fillet (T-bone) but in reality, even the rib can carry the title of “Florentine” because the taste is not lost on the contrary. In the official documents the first mention of the “Accademia della Crusca” dates back to 1750 but already appears painted in 1624 in the “Dispensa” painting by Jacopo Chimenti known as Empoli (exhibited in the Uffizi). Finally, it appears in the “Science in the Kitchen” by Pellegrino Artusi in 1891 although here in the recipe its height is reduced to a finger and is served with a curl of butter. Today it is important that the meat goes on very dry embers with a brush of olive oil on the surface to increase the conduction of heat. The embers must come from soft and non-resinous charcoal, therefore from oak or olive. In the research conducted by Aldo Fiordelli in his 2019 book for Gruppo Editoriale, the provenance of the animal is very important, which must be an adult calf (12-24 months) with adequate aging (15-30 days) while for the breed Chianina but also Maremmana, Calvana, Romagnola, Marchigiana and Piemontese, all meats not particularly marbled or rich in fat, are used.

The great classic of Florentine tables compared to its Medici origins is now available to a larger number of people and is always a great opening moment for wine. Even the most reluctant to have it at the table doesn’t miss the opportunity to taste a great red wine to accompany the Fiorentina steak. Today we are talking about a dish that is very particular, which everyone thinks very complex from an aromatic and gustatory point of view while in reality, if we look at the parameters of persistence in the mouth, of the taste, of aroma released and flavor has rather mild values ​​especially when compared with the much more elaborated dishes such as stews and stews or game.

So, with the Fiorentina  steak you will need an obviously red wine with an important body but not exaggerated, with considerable intensity on the nose but not very high and that above all does not bring any bitter note to the mouth because it would screech with the charred spots that we always find on the surface of the meat and that are part of its charm. Last detail, the wine must have an important tannin or must be able, if drunk alone, to make you perceive that not entirely pleasant sensation of dryness of the gums and palate because precisely the tannins (polyphenols of the grape skin) of the wine have this coagulating power on liquids such as our saliva but also on the juices of the meat and on the succulence in general that causes the act of eating (and often just looking!) the steak.

So, our ideal pairing always starts from Sangiovese made in a complex and important version like a Brunello di Montalcino but even better in a more feminine and gentler but always strong version like the Rosso di Montalcino or Nobile di Montepulciano, an area where there are many capable wineries to give luster freshness and intensity to the Sangiovese without losing its richness.

An alternative on the same level of excellence is that of a Chianti Classico from the historic area or Radda, Castellina or Gaiole in Chianti, the three municipalities where the finesse of Sangiovese is greater and the intensity never exceeds elegance. Choose a Chianti Classico type Riserva rather than a vintage, even if it will cost you something more, it will pay off with aromas of cherry, black cherry, licorice and tobacco capable of “seasoning” any Fiorentina in the best possible way.

There is no need to have a great wine to best enjoy a Florentine steak (which also works with sake, Champagne and rose’ wines) but certainly having a nice bottle available is a nice way to thank the luck of being able to enjoy a piece of meat cooked properly, something increasingly rare and expensive in terms of sustainability. Using a veal for the steak alone would be a mortal sin against nature and creation and in fact in Florence there is no shortage of recipes and ways of cooking the rest of the veal starting from lampredotto and tripe up to peposo, francesina and boiled meat.

WHAT is an NFT?

Non-Fungible Tokens (NFTs) are digital certificates that authenticate ownership of digital artwork and/or experiences and/ or assets representing a real-life product. They represent a one-of-a-kind item whose ownership is recorded on a blockchain. As such thy can’t be traded for a product of equal value. They are applied in different industries, including music, art, food, and even watches.

What is specific of Fiorentinasteak&tuscanwine22 NFT?

It is the first NFT in history linked to a typical (Italian) dish and its real experience as well as the first revolutionary digital travel POA  -Proof of Attendance, the unalterable “travel sticker” of the WEB3.0 era.

Its holders are entitled to a digital artistic souvenir signed by Gianluca Biscalchin and Andrea Gori and to a unique quality experience of the Bistecca Fiorentina in Florence and various utilities.

What are the "utilities" of fiorentinasteak&tuscanwine22 NFT?

This NFT  also includes other utilities such

How to Set Up A Wallet for NFTs?

Contact us in the chat on the bottom right corner of the page. We will be happy to assist you!

HOW DO I REDEEM THE "UTILITIES" OF MY NFT?

NFT holders can use their NFT to redeem their previously chosen experience (and all the other utilities) by visiting the redemption page after July 15, 2022, connecting their digital wallet, and then filling the forms of all the required information for the booking. After it the NFT holders have to wait the confirmation of their restaurant of choice.